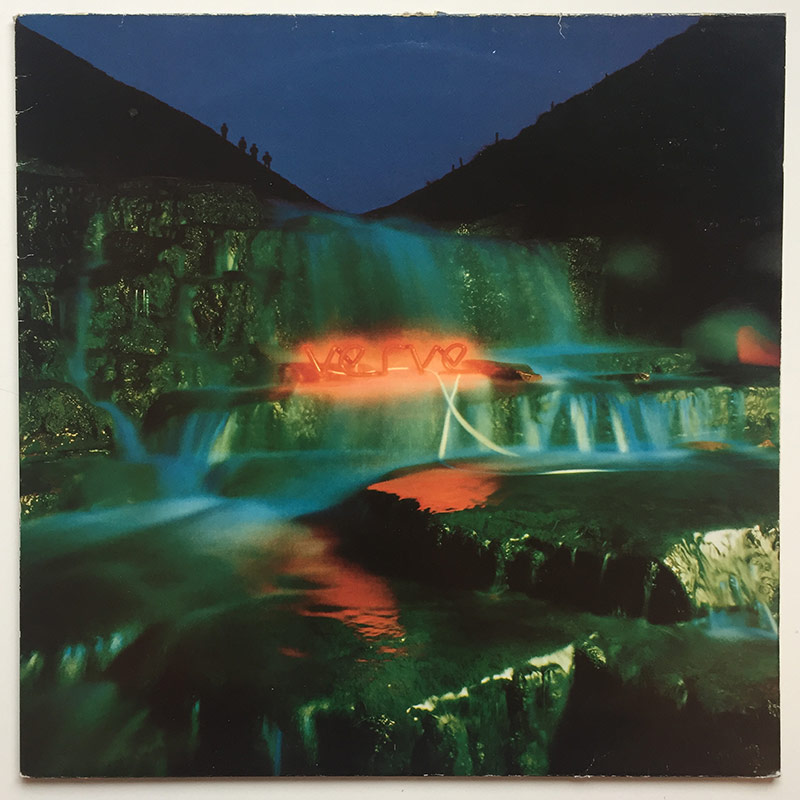 That’s Verve, of course, not The Verve, as they became, slightly later in their career. I can’t quite remember why they changed their name, but it may have been to do with potential mixups with the Verve record label…? I think they were also known as The Verve UK  in America: it must be pretty painful to have to lessen the coolness of your one-word band name when market forces come into play.

Anyway. What a band! This 12″ is from the sweet spot for this band before Richard Ashcroft decided to sing and sing and sing all over every second of every track. ‘She’s A Superstar’, along with other singles from around this time, and the album A Storm In Heaven, was for me some of the best music around. It dovetailed perfectly with the chemically-altered/chemically-enhanced sound of shoegaze that was sweeping the world at the time. Dreamy, tense, soulful music.

Around the time of this record’s release I saw Verve supporting Smashing Pumpkins in, I think, Wolverhampton. Smashing Pumpkins were fine, pretty enjoyable – even despite Billy Corgan deciding to end the set with a fifteen-minute solo poetry reading – and Verve were outstanding. The enjoyment was doubled because the band I was in at the time used to include a cover of Verve’s ‘Slide Away’ in our set – as did, presumably, roughly 1,000 up-and-coming-but-never-really-going-anywhere bands of the time.

The artwork on this record is proper Hipgnosis-style conceptual ambition: bearing in mind that in 1993 digital retouching would have been much more expensive and difficult than now, I’d love to know how this sleeve was put together. The band look on, Pink Floyd Live In Pompeii-style, as multicoloured waterfalls swoop over the band’s name, spelt out in (real?) neon. It’s a Brian Cannon / Microdot design; Brian Cannon was responsible for much of the tripped-out look of Verve’s output and, in later times, went on to craft the record sleeves of Oasis, which I have no doubt played a huge part in that band’s success and image. There’s a Microdot archive of sorts here. I think Oasis supported Verve in their early days – not, unfortunately, on any Verve gigs that I saw.