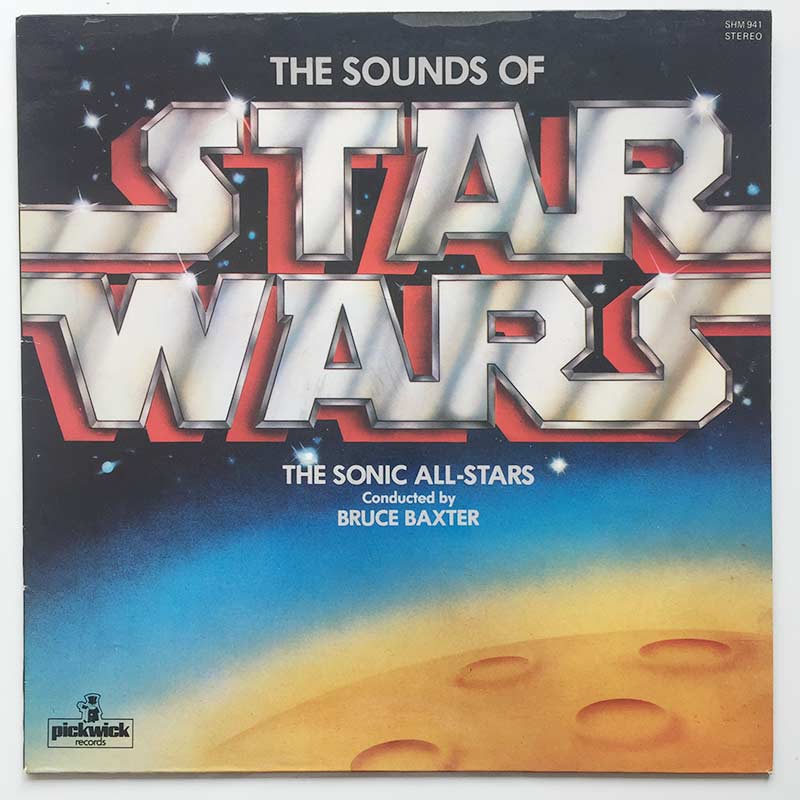 Nestling near to The Sonics, Sonic Boom and Sonic Youth in my collection, The Sounds Of Star Wars is a far less intimidating and weighty prospect than any of those three Sonic-y outfits. I bought this record at some point in the past 15–20 years, although I have no idea exactly where or when. I have a long-standing relationship with silly Easy Listening records, and tend to pick up good-looking examples whenever I notice them in charity shops across the land.

The Star Wars tie-in here doesn’t result in a fantastically-valuable piece of vinyl: Discogs at the time of writing has over 40 copies of the album available, for as little as 50p, if you’d like your own. It’s actually a pretty good record, if somewhat ridiculous. Various Star Wars tunes, including the main theme and the Cantina Band’s song, are offered in an odd synthesised format, and it all feels oddly detached and joyless. It does, however, veer occasionally off into new and made-up places, giving it at times the feel of Tangerime Dream during their more mainstream times. Here’s the end title:

Bruce Baxter, the ‘conductor’ here (although perhaps, in reality, more like the guy who played this all on a few synths in his home studio), may also be responsible for work relating to Jesus Christ Superstar and Tommy (according to Discogs) and/or the music for Phil Cool’s dire 1980s comedy series Cool It and something called Doctor Snuggles (according to IMDB).

The artwork is uncredited. The front cover is a masterpiece of airbrushing, and is the kind of thing I would have endlessly attempted to recreate when I became airbrush-obsessed in the late 1980s. The back cover features a surprisingly creepy and odd face looming out of an all-black background, and some brilliantly bizarre copywriting. See for yourself: